Home > About > The Foundress 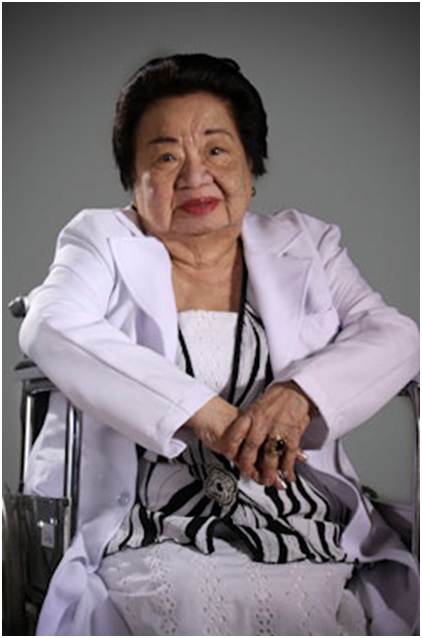 Dr. Teresita L. Tongson, the first female Plastic Surgeon of the Philippines, always dreamt of helping the less fortunate, the disadvantaged and the disabled have a near normal conventional life accepted by humanity. Born in Vigan, Ilocos Sur on 05 September 1927, Dr. Teresita L. Tongson graduated Magna Cum Laude, Doctor of Medicine at the University of Sto. Tomas in 1952. She did her Rotating Internship (1953-1954) at the St. Vincent Hospital in Worcester, Massachusetts; First & Second Year General Surgical Residency Training (1954-1956) at the Women’s Hospital of Philadelphia; Third Year General Surgical Residency (1956-1957) at the Lankenau Hospital in Philadelphia; Fourth Year General Surgical Residency (1957-1958) as Senior Resident under the service of Dr. J. Montgomery Deaver at Landenau Hospital of Philadelphia; Preceptorship Program (1958-1959) under Drs. R. Oakley and Hans May for Plastic Surgery and Drs. Samuel Cresson and George Piling for Pediatric Surgery at the St. Christopher’s Hospital for Children (Pediatric Section, Temple University) in Philadelphia; Surgical Pathology Residency (1959-1960) at Mountainside Hospital in Montclair, New Jersey; and served for six (06) months as a Special Chief Resident (1960) at the Woman’s Hospital in Philadelphia before returning to the Philippines. 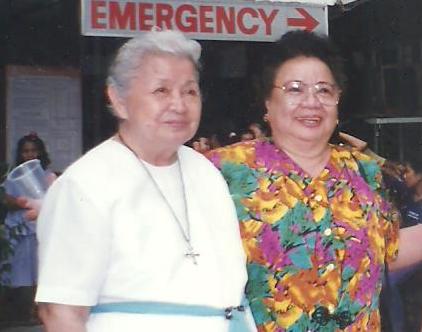 Upon her return to the Philippines, she was persuaded by Dr. Aleli R. Guzman Quirino to volunteer her services at a charity hospital that Dr. Quirino established in 1959, the St. Martin de Porres Charity Hospital (SMPCH). What started as a professional relationship between two colleagues evolved into a ‘mutual admiration club’ based on mutual affection and deep respect for one another. Inspired by the dedication of Dr. Quirino to help the indigent community, Dr. Tongson chose to continue the Craniofacial project in honor of her memory after she passed away in 1999. To ensure the funding requirements of the Craniofacial project, Dr. Tongson decided to establish the Craniofacial Foundation of the Philippines, Inc. in the year 2000. The ‘seed’ of volunteerism that Dr. Aleli R. Guzman Quirino ‘planted’ at the St. Martin de Porres Charity Hospital (SMPCH) greatly shaped the direction that Dr. Teresita L. Tongson took when she established the CFFP. Not only did she embrace the spirit wholeheartedly, but also magnified it by inspiring those whom she mentored and those whose lives she touched to practice it . Even in her 70s and 80s, Dr. Tongson continued to personally conduct the Tuesday and Friday Consultations at the Craniofacial Center and even joined, when possible, the Outreach Surgical Missions of the CFFP. An entire lifetime spent actually putting into practice the spirit of volunteerism that she espoused is worth emulating.